A Week In The Life Of Coach Stazza, Baby-sitting, Joachim The Viking. 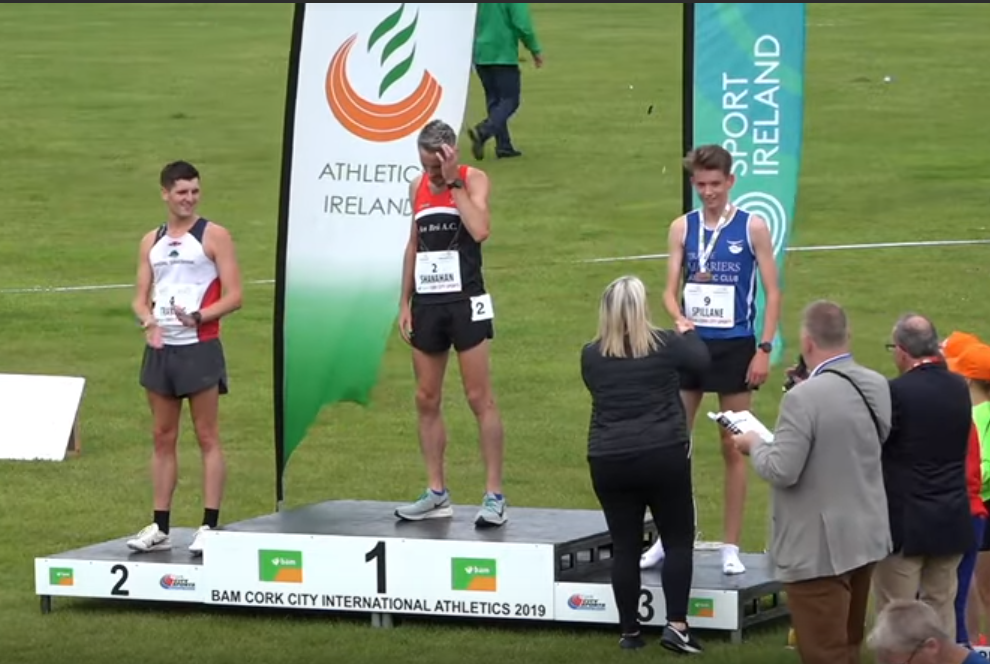 Last week, we finished off looking at the endurance spine and this week I’m going to cover my trips down to Cork and up to Dublin.

Two of the lads I coach, Joachim The Viking and Oisín  Spillane, were set to go head-to-head in the Cork City Games open 3000m. For Joachim, it was a bit of a jolly: a chance to pop over to Ireland from Exeter, before heading home to Norway to visit his parents so he could get a month’s worth of clothes washed. Joachim’s looking to go after a 3000m PR next month at the Watford Open. For Oisín, it was an opportunity to go after an end of season PR. But before the big showdown, there was the business of being at the track to oversee Aoife Cooke, Damian Kenneally, and Mark Cronin, as they banged out their workouts.

The idea was to meet at 8:00 am, but me being me, I was down there at 7 am—Joachim The Viking was dreaming about Thai food and how, the previous night, he splashed his curry over his pristine white top—it’s tough looking after these youngsters. The lads turned up on time, warmed up and ready to go.

When I posted the weekly training for my runners, I didn’t post the sessions for the lads (Aoife, Damian, and Mark)—I wanted to build up the excitement/fear, much to the chagrin of Damian—he sent me eighteen emails, pleading for the session so he could get psyched-up.

When I revealed the workout, 8x1600m off 3’ jog, I asked Damian and Aoife to guess the splits. They both replied with 5’20”. Exactly what I had in mind.

I suggested that Aoife and Damian drop out the first 400m of each rep in 78”-79” and then settle into 80” laps. Every single rep, they went through the first 400m in 78”. Here are the splits for the full workout:

The bond between Damian and Aoife exemplifies the strapline of Stazza’s Stable: it’s not just coaching; it’s life-changing.

After the workouts, we went for coffee and cake. Damian can polish a chocolate muffin in less than two seconds.

Next stop was the Wilton Centre to meet, Ellen and Dave (two new Stablemates—that’s what we call the members of Stazza’s Stable). Spent nearly two hours chatting away with them about all things marathon training. It dawned on me that The Viking was probably still in bed, starving. I grabbed some food, jumped in a taco, and headed back to basecamp. The Viking had metamophosised from a Norse warrior into a starving waif. I plated some scran, set it before  him, and like Samson slew the lion, The Viking slew two cheese rolls and a bagel—without a bib. Vittled, our Norse warrior felt ready to take on, Oisín.

When we arrived at the track, we linked up with Oisín and Damian (The Muffin Man). Unfortunately, the wind had picked up and fast times were off the menu. But the young fella, Oisín, had other ideas.—the exuberance of yoof. His 3000m PR stood at 9’19”, he wanted to break 9’. I explained to him it wouldn’t happen, he’d blow-up if he tried. His training ed he’d run around 9’04”-5” but with the I advised him to run 73’s and go for a 9’08”-9’12”. Joachim decided, because of the wind, to race rather than chase a time.

Fast forward eight minutes and fifty seconds, Oisín ’s in fourth, chasing Joachim (second) down the final 100m—with 10 to go, Oisín  moves into third but just runs out of track and doesn’t quite get Joachim—the winner was a street ahead. Delighted with second and third, it was great to see the two lads happy and again, evincing the Stable strapline: it’s more than coaching; it’s life-changing. On the podium, they received envelopes full of cash—they both looked jolly-well delighted.

To add to the success of the evening, Oisín snaffled an eleven second PR (9’08”)—sub 9’ is there for the taking but sure, there’s no need to force things.

The main meeting proved an excellent festival of athletics with the long jump being won with a mighty leap of 8metres 20cm.

After the meet, Joachim and I headed for some Thai food, and then onto a pub. Joachim introduced me to alcohol free larger (Heineken 0)—surprisingly good. We ended up in a pub with all the athletes from the meeting, the sponsors, and the agents. Free bar and free food. Stazzaluck. Great night.

In the morning, Thursday, we set off on the train to Dublin (neither of us drives: I failed my test three times and gave up, Joachim’s failed his test ten times and  he’s still trying—I told to him give up and save the planet).

We arrived in Dublin around 3 pm but we had to sort accommodation and get Joachim some clothes—he couldn’t turn up at the Chili Club, wearing food-stained clothes and a tracksuit to meet Stablemate, Sarbajeet—Sarbajeet lives in California and was over with work. So, we spent ages trying to find something suitable for Joachim to wear. We managed to get Joachim sorted and got to the restaurant bang on time—I hate being late.

We had a lovely evening chit-chatting all things, running, cricket, football (real football: soccer), table tennis, and Sarbajeet regaled us with wonderful stories about his childhood, growing up in rural India and walking 10km to school.

Joachim being Joachim, he tried the oldest trick in the book: when the bill arrived, he said he’d get it. Super stuff. Discretely, he placed his card on the plate with the bill. Eagle-eyed Sarbajeet spotted that it was, in fact, Joachim’s hotel room card. Joachim then came out with all the usual excuses and said he’d left his card in the room. These Norse fellas are something else.

We dropped out the secret Stazza’s Stable handshake, parted ways, and left Sarbajeet to go off clubbing in Dublin. A lovey evening to round off a great week catching up with several Stablemates.