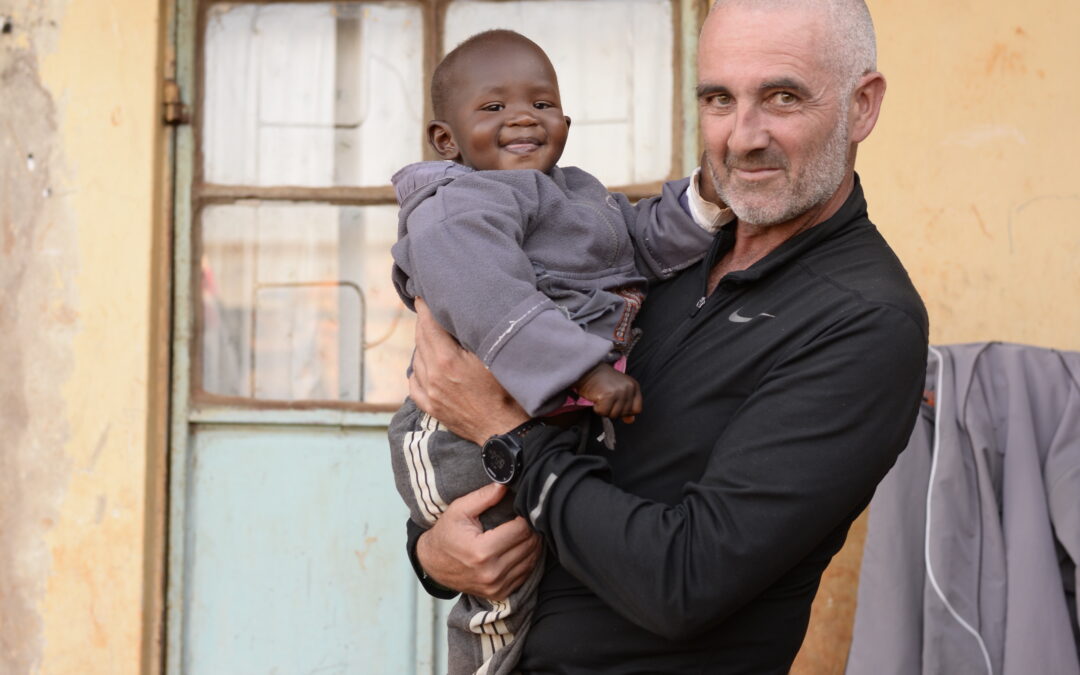 The intoxicating scent of midnight jasmine.

The chink of a teaspoon on a china teacup. Mutterings.

You stretch, yawn, and open your eyes. A shaft of sunlight pierces the window, carrying a trail of frolicking mites. Your parched palette demands water. Now a habit, you sit up in the bed, slide your hand through the mosquito net, and fetch a bottle of water from the bedside table. You guzzle.

Tomorrow, you’ll set off on your journey home. A kaleidoscopic montage of your last few weeks here in Iten, Kenya, Home Of Champions, flashes through your mind. A smile breaks. From the flickering montage, you pinpoint and pluck out the morning at Tambach track. You’re there now—your third day in Iten…

Kigun, one of The Stazza’s Stable High Altitude Training Camp drivers, met you and the other runners with his infectious smile. He herded everybody into the Stable vehicles and set off from the compound—a Stable train, snaking along the blood-orange trails, veining towards the heart of the Rift Valley.

The vehicle trundles along the broken track. It’s 0630hrs and your body clock hasn’t quite adjusted to Kenyan time. But the excitement overrides the tiredness. Coach Stazza’s arranged for the former marathon world record holder, Wilson Kipsang, to meet everybody at the track. Apparently, Coach Canova will be at the track too—with his squad of world class athletes. The vehicles stop at the junction to the main Iten Road.

You look out the window. Three barefooted kids in raggedy green school uniforms, with the biggest smiles you’ve ever seen, wave. You wave back. How can these kids, with so little, be so happy?

“Sweets,” one shouts, with his arm outstretched, his hand opening and clenching like a snapping crocodile . “Give me sweets.” His teeth, whiter and stronger than any American’s $20,000 pegs.

“Assist me with one watch,” his friend shouts.

Surely, he’s only four-years-old—what on earth would he do with a Garmin Fenix 6?

As the vehicle pulls up onto the tarmac road, the kids run alongside, laughing and shouting. You catch Joachim The Viking, smiling. Even though The Viking’s half cyborg, the kids still melt him.

Within a minute, the vehicle’s cruising through Iten town. It’s 20°C (68°F) and everybody’s wrapped up in winter coats, wooly hats, and gloves. Bizarre.

Squads of runners jog along the road, heading out to the world-famous, Tyre Mbili fartlek (two fartlek). To the left, just after the Iten market, you see runners doing diagonals on the St Patrick’s School field. Everywhere, people are running.

At the matatu station, the vehicle arcs around to the right and starts the long drop down into the Rift Valley. Minutes later, out across to the left, you see the panorama of the Great Rift Valley—a scar upon the world’s heart.

Everybody in the vehicle’s transfixed by the overwhelming, incomprehensibleness of Zeus’ masterpiece, except for Coach Stazza—in the front seat, next to Kigun, he refuses to look out.

“Ok,” Coach Stazza says, opening his laptop. He clicks on a file titled, The Reluctant Olympian. “Where were we? Ah yes, they’re in Kenya and Valentine’s just found out that Eve’s pregnant.”

If you’re interested in joining us at Stazza’s Stable High Altitude Training Camp in Iten (prices from €15 per night) and want more details, contact me : [email protected]